The Museum is now closed for Winter but we hope to be able to return in April 2022
The Museum
Museum Story
Gallery
News
Get Involved
Find us
Links
L. H. S.

Saxmundham Museum is in the heart of rural Suffolk, recording and preserving the history of Saxmundham, Kelsale-cum-Carlton and Benhall. The IP17 area is one of the largest postal areas in the UK and has been a very important part of east coastal Suffolk.

Hosting the Suffolk Show on 14 occasions in the past, the town has changed over the years with the loss of the livestock market, replaced by a modern large store, and the mixed fortunes of the A12 bypass taking traffic away from the high street.

We have an interactive Media display that provides access to many photos, videos and oral history recordings. Take the time to browse, you’ll see photos of mills, streets and people of yesterday.

One image in particular, with lorries crowding the high street, shows why the bypass was needed.

One recent addition is a remarkable collection of WWII leaflets collected by the Mattinson family.

Click on one of the images below to open a slideshow. 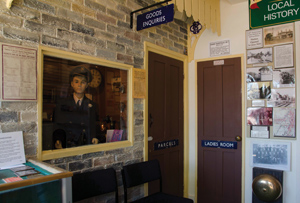 First, you’ll be transported back to the late 1940s and a complete station booking office, with staff, ladies room, etc. Take a peep through the booking office window to see the staff hard at work.

The model of Saxmundham railway station shows the pedestrian bridge that once connected the north and southbound platforms. The colour photograph of the town from the air was a new addition for 2015. 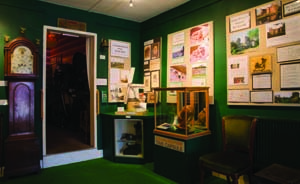 The Green Room is packed with local history and fascinating artifacts.

New display cases for 2019 provide brightly lit presentations including a new exhibition of models created by Maurice Bugg in brass and copper.

Also new for 2019 is our "Children's Corner", a chance for the younger generation to play with bygone toys and games such as shove half-penny, jacks and marbles.

There are displays on Jerome Bright, clockmaker, and his son Henry Bright, a member of the Norwich School of painters; The brief history of Saxmundham's very own sports car manufacturer and A tribute to Jenny Toombs, a world-renowned postage stamp artist.

We also have a replica of the head of Claudius (or Nero?) which was found at the river Alde at Rendham in 1907. 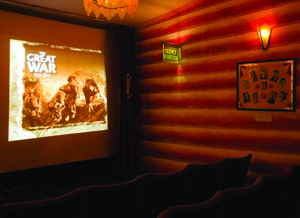 Next, you’ll find yourself in our cinema.

By the end of the First World War the ‘Kinema’ was opened in the High Street by C. R. Punchard.

A visit to the pictures once a week was a treat when the Salvation Army Hall* was the town cinema and the stars of those days were Harold Lloyd, Buster Keaton, Chester Conklin etc. and the cowboy heroes were “Eddy Polo” and “Tom Mix” with their weekly serials which left you in suspense. A gentleman from Ipswich ran the show, I think his name was Mr. Prince and once made a film of his own around Sax called “Three Men in a Van”. It was shot finally on Benhall Green. It entailed three slapstick comics getting up to all sorts of tricks in an old gipsy caravan and ending up at Benhall, when one stooge rammed a turf down the chimney and the van went up in smoke and flames. The film was shown in Sax and Billy Clarke and I were to be seen following events.

In 1934 Captain Atkinson converted a building in Church Street to form The Playhouse cinema. It was opened by Lord Cranbrook on the 11th of November. The first film to be shown was Melody in Spring, supported by Death Takes a Holiday. Along with Sunday evening concerts with performers such as Jackie Trent and Joe Brown, it continued to show films and Saturday matinees until 1962 when it finally closed and the building became a workshop for car dealer Smith and Wesby. The site is now occupied by a well known supermarket. 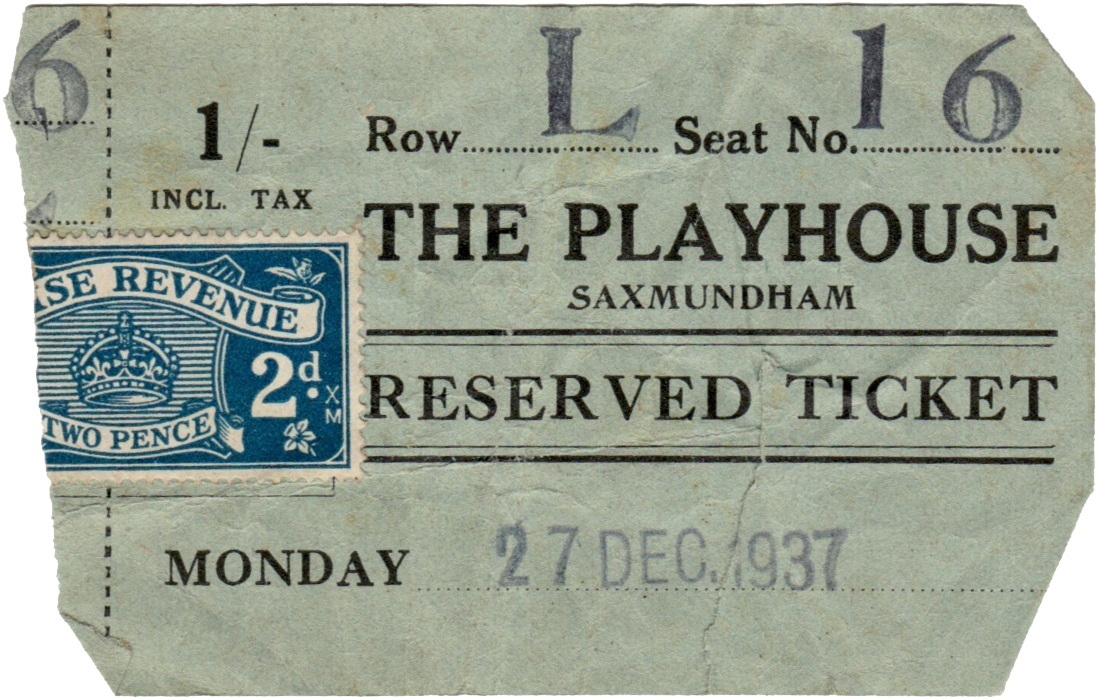 Our cinema plays homage to the Playhouse. Settle down under the watchful eye of the usherette and pass an hour watching bye-gone days, sitting in the tip-up seats. Photographs and further information are on display alongside one of the original projectors from the Playhouse.

The cinema seats twelve and is available for hire to host your own movie evening.

*Now a private house in the same block as the Museum.

Please note that the Museum is not responsible for external content. 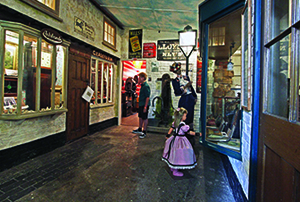 As you walk on to the Courtyard you’ll be amazed by our street scene, with replica shops from Saxmundham.

Look for the cell where the Beadle and the prisoner talk over his crime! Find out what happened to the man and what colour he ended up!

Hear a snippet of their conversation...


Can you work out what the 'Drawing Competition' is all about (hint: it didn't involve pencils)? Come and have a look in Crisp's shop.

The Reference and Local History room 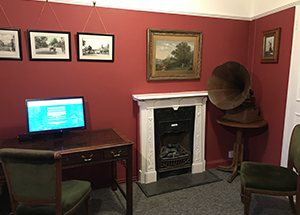 This room has been transformed into a reference library and local history room.

In addition to the vast collection of local photographs, the new interactive display now hosts videos of local events, oral histories and a fascinating collection of World War II leaflets, donated by the Mattinson family.

Admission is free so come and see us soon!